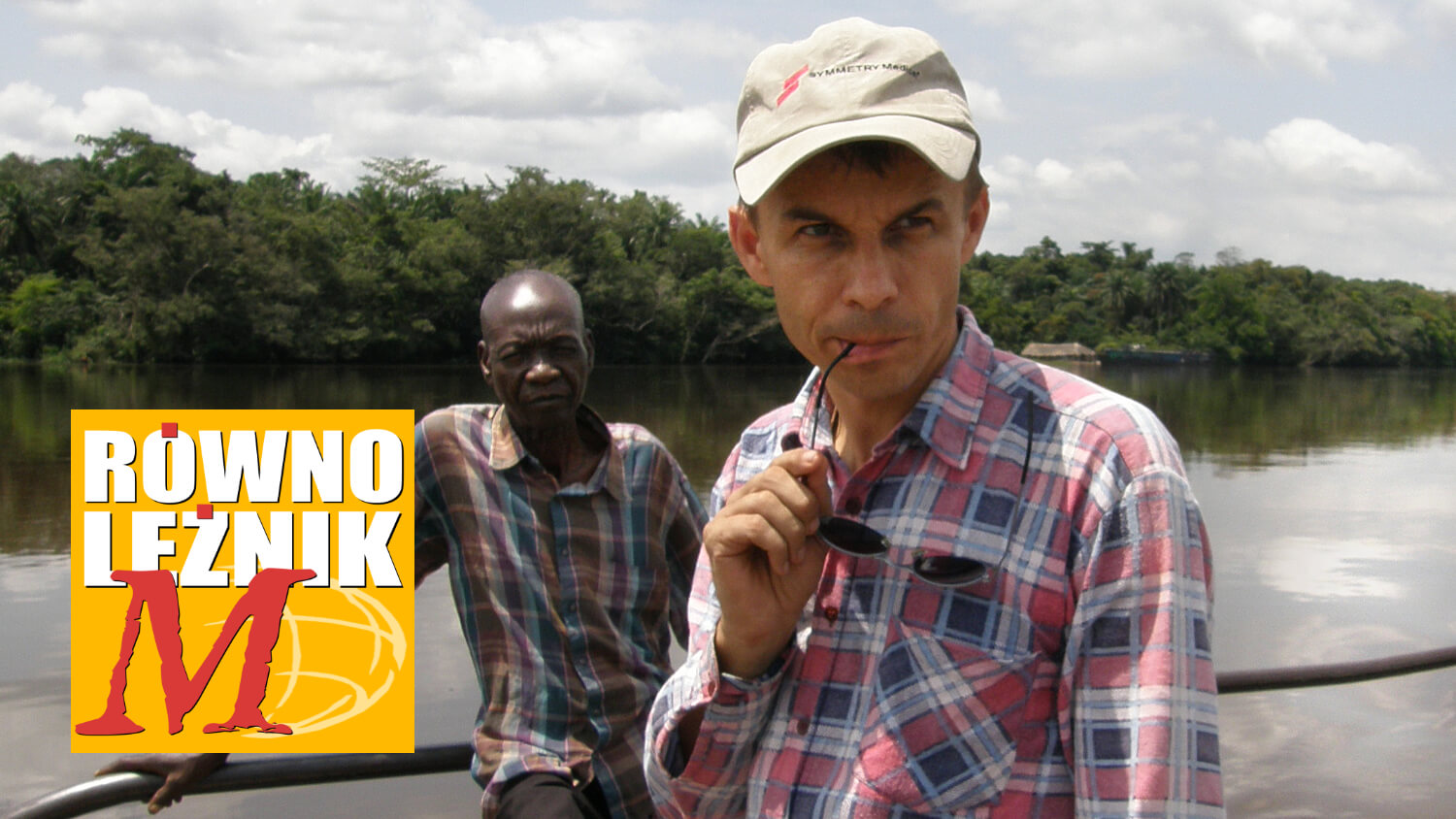 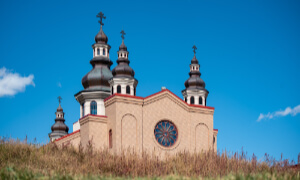 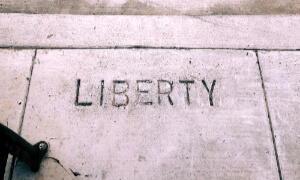 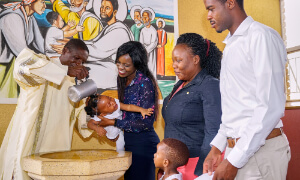 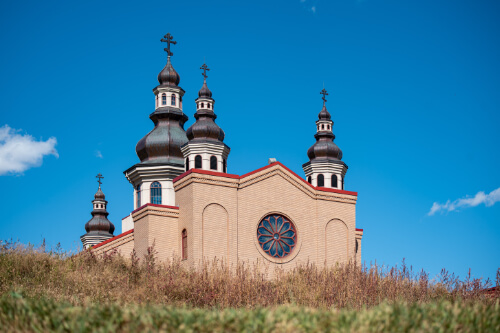 Brother Grzegorz Bolesław Frąckowiak was born on July 18th, 1911 in Łowęcice, near Jarocin (the region of Wielkopolska). His parents, Andrzej and Zofia Plończak, owners of an average size farm, had nine sons and three daughters. Two of their children died in infancy. Boleslaw was the eighth child in the family. He was baptized in the parish church of Cerekwica and later went to school in Wojciechowo. He did not want to learn in the German language. In a Polish school he made more progress.

Instead of helping his parents at home Bolek preferred to play performing divine services, saying masses, preaching, etc. His parents did not find him a much helping hand on the farm. As an altar boy, however, he was perfect and soon became the right hand of the parish priest. Growing older he began feeling ashamed to assist at mass with the minor altar-boys, but willingly replaced those absent. Usually he went to confession and received Holy Communion once a month. Still a child he used to mould little crosses and figures of saints in clay and give them to his friends as gifts. On Sundays and feast days before lunch his father had a custom to question the boys about the topic of the sermon the priest preached that day. He never asked Bolek since he was always ready to preach himself. After school Bolek used to visit Bruczków situated nearby where Ms. Wanda Koczorowska ran an orphanage. That house was donated by her to the Divine Word Missionaries in 1927.

Bolek's parents, following the advice of Fr. Poczta, wanted to enrol him in the Minor Seminary. Unfortunately, the poor level of education in the primary school Bolek had attended did not give him a basis good enough for study at the seminary. Besides, the curriculum of the seminary education was meant to meet the needs of older boys. The seminary authorities advised Bolesław to pursue his vocation as a missionary brother. He took their advice and was admitted to Górna Grupa, near Grudziądz, where the Divine Word Missionaries had their postulancy and the novitiate for religious brothers.

Having completed one year of his postulancy Bolesław received his new name: Grzegorz together with his religious habit. It was on September 8th, 1930. He was the most zealous novice and after two years he took his first temporary vows. He worked in the printing press. He learned bookbinding there and soon became the principal bookbinder in the seminary. He worked diligently. He also taught some of the students how to bind books and frame paintings. People remembered him smiling and being always very helpful. He liked to be a helping hand in the sacristy, especially in decorating altars.

Bolek also worked willingly in the kitchen and in the reception where he took particular care of the poor. He used to say that the coming of the poor to the house was the coming of Jesus himself, so they should be received with love. We have his notebooks from that period. He noted prayers and spiritual exercises in them. The latter were called: "Daily Spiritual Exercises" and "Spiritual Exercises". They contain prayers of various authors, but also composed by Bolek himself, directed to the Immaculate Mother of God and to St.Joseph. Bolesław was particularly conscientious in saying so-called "quarterly prayers". The beginning of these prayers "Oh, God, I believe in you." was a genuine expression of his personal faith. Thanks to his natural kindness Bolesław won the esteem of all the members of the house, especially of the students. Br. Grzegorz awaited with joy the day of his perpetual vows because, as he said, "By this act not only in the depth of my heart but also formally I will be fully a member of the Society and I will be dedicated to its ideals". He took his perpetual vows on September 8th, 1938. Before that celebration, Fr. Jan Giczel, the novice master, described Bolek as a "faultless monk".

The beginning of the Second World War was a painful experience for him, as for many others. He became a bit more silent and reserved. He consoled himself with a thought that everything was in the hands of God. He tried to assure himself and the others with that thought even on that fateful solemnity of Christ the King when the Gestapo organized an internment camp in the house for all priests of the region and for the members of the SVD community. Religious brothers were eventually released from the camp but Bolesław remained there to help the internees. In February 1940, when all the priests were sent to the concentration camp Br. Grzegorz left Górna Grupa. At first he went to his brother's house in Poznań. However, there was no possibility to register him there as a resident and he had to leave the city. He went to Łowęcice, his birth place. There he started his underground work. Being in touch with Fr. Giczela, SVD, who was the parish priest in Rusko, and collaborating with his own parish priest Br. Grzegorz taught children religion twice a week and prepared some of them for their First Communion. He was also involved in visiting the sick and the elderly. After the Gestapo arrested Fr. Giczela on October 7th, 1941, Br. Grzegorz took care of the profaned Blessed Sacrament which the Gestapo scattered from the cyborium and left on the table. Br. Grzegorz collected the hosts and kept them in the organist's flat where he stayed himself. That same afternoon and during the whole night a small group of believers kept a vigil adorating Jesus in the Blessed Sacrament. In the morning Br. Grzegorz distributed the Holy Communion leaving some hosts away for the sick and elderly parishioners. He also baptized a few children in the coming days. The people remembered well his piety and dedication in performing these noble celebrations.

When the German officials in Jarocin took notice that Br. Grzegorz was a bookbinder, they ordered him to take up a job in the printing-press. Willing to keep the spirits of his compatriots up, he started to collaborate in printing an underground newspaper called "For you, Poland". Eventually the Gestapo found out about that secret editorial activity. The arrests of those involved followed. That time Br. Grzegorz had not been a member of the group for about a year. He had talked to Fr. Kiczka, SVD, about his involvement, and the latter advised him to stay away from the whole affair. Fr. Kiczka wrote later about Br. Grzegorz: "He could simply disappear but he did not want to. He asked me whether he could offer himself up for the arrested in Jarocin, though he had nothing to do with the illegal leaflets for a year. I told him that if he felt strong enough to do it would be a heroic act. After confession and Holy Communion he went away.

The next day he was in prison where he asked all the arrested to shift the guilt on him. Apparently it worked since some of them were later released. The Nazis had already 'a thief' to torture..." He was taken away with others from the Jarocin prison to the Fort VII in Poznań. His brother wrote: "I took a parcel for Grzegorz and he also sent me one through the guards. It contained his broken watch, the rosary torn to pieces, torn and blood-stained jacket, too much blood..., an old shirt, also blood-stained. I took parcels to him twice, the third time they did not accept it telling me that he had been away". Br. Grzegorz's brother also remembered hearing from Grzegorz: "I hope our uncle (Wincenty) is at home. Let him be careful since he has been likewise implicated in this affair. I took the blame on myself. I do not care if I am killed. I am alone. He has got wife and children." Br. Grzegorz denounced nobody defending in that way his own brother and the others. He gave only two names of persons he knew they had already confessed themselves.

The way of his martyrdom led through Jarocin, Środa, and Fort VII in Poznan, where he was kept till the end of the year. Dresden was his final stop. His fellow-prisoners (Walenty and Antoni Kaczmarek) remembered Br. Grzegorz leading common prayers of the rosary, litanies and others.

At first the Nazis treated him just like one of the other prisoners. However, when they discovered a holy medal sewn up in his hat, they found out his connections with the clergy and began to treat him with cruelty. He did not defend himself remaining calm and patient. They were taking him to the barracks in Poznan and interrogated and tortured him there several times. The Nazis questioned him mainly about the leaflets. Getting no answers they beat him mercilessly. His connection with the clergy was another reason for their cruelty.

Transferred to a Dresden prison Br. Grzegorz was sentenced to death there. He was decapitated on May 5th, 1943. A couple of hours before his death Bolek wrote a letter to his family. It is worth quoting: "I write this letter to you, my dearest, for the last time in this worthless life and in this valley of tears. When you receive it I will be dead because today on Wednesday, May 5th, 1943 at 6.15 p.m. I will be decapitated. Say "Eternal rest" in my intention, please. I will depart in five hours but you do not cry but pray for my soul and for the souls of our beloved. I am going to greet the Father and all my relatives. I am not sure whether you should tell our Mother that I was decapitated or simply that I died. Do what you think is right. I can tell you that my conscience is clear... I greet you all and will wait for you at our Father's house. I greet all brothers in Bruczków and all my friends. God bless you. Be good Catholics. Forgive me everything, please. I am very sorry for my beloved old Mother. God be with you. See you in heaven. Please, give my cassock back to Bruczków after the war."

In the memory of the old priests and religious brothers Br. Grzegorz remained a wonderful man, an excellent Divine Word missionary who possessed the greatest love - ready to give up his life for his neighbours.

Pope John Paul II beatified him on 13 June 1999 with a group of the 108 Martyrs of World War Two known also as 108 Blessed Polish Martyrs.